My flight from Bangkok to Ireland was delayed by 18 hours, so of course I took the opportunity to do a bit of exploring. But instead of photographing an abandoned building, this time I was after a double-decker Boeing 747 plane.

I found the site easily and discovered three Thai families were living in dicrepit shells of decommissioned planes. I paid two kids 200 Thai baht to open the chained gate, and in I went, past the homes, through the overgrown field and straight up the 747. It was bloody massive!

The site known as Bangkok’s “aeroplane graveyard”, consists of fuselages, wings and debris from a variety of models, including the cruise-ship-sized Boeing 747 and a few commercial MD-82 jet liners that were formerly operated by Orient Thai Airlines.

Sadly, I read online that on Sep. 16, 2007, 89 people died after one of the MD-82’s operated by One-Two-Go, a now-defunct budget carrier owned by Orient Thai, crash-landed and exploded during an attempted landing at Phuket International Airport.

I’m not 100% sure how the planes made their way into the field, but it’s definitely an amazing explore with an interesting (and sad) history. 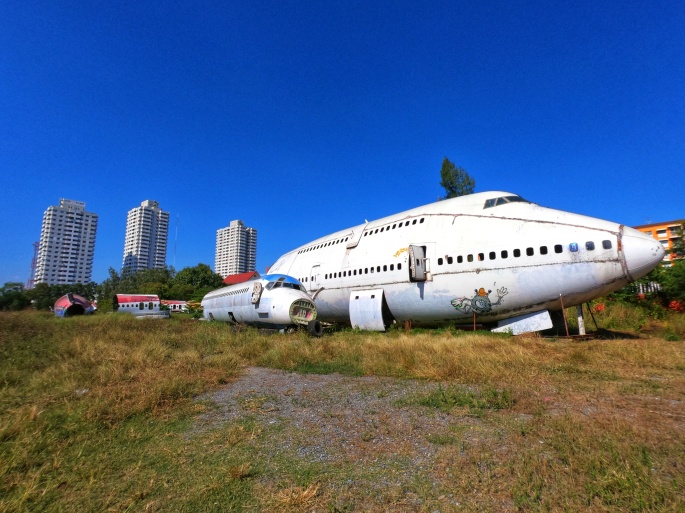 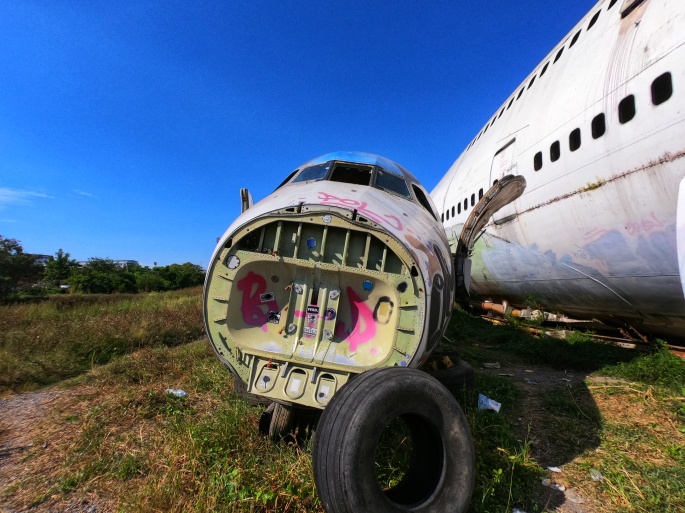 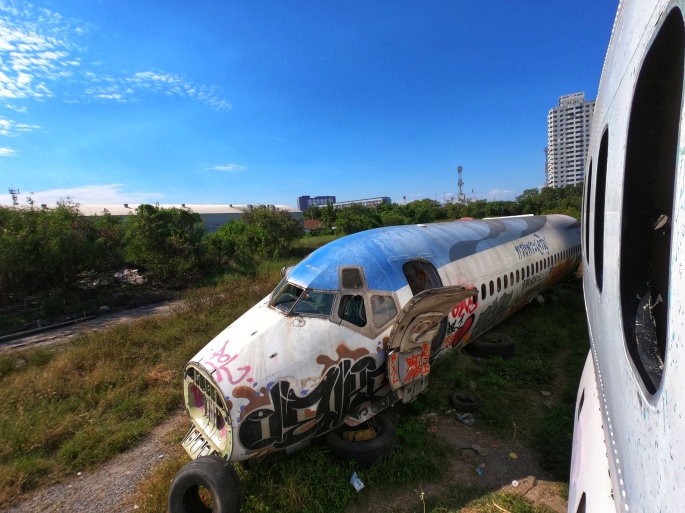 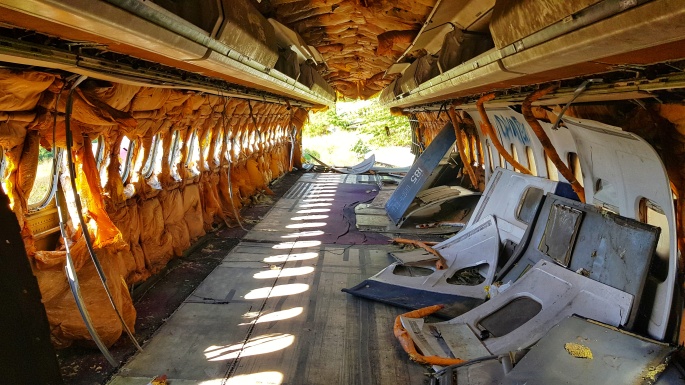 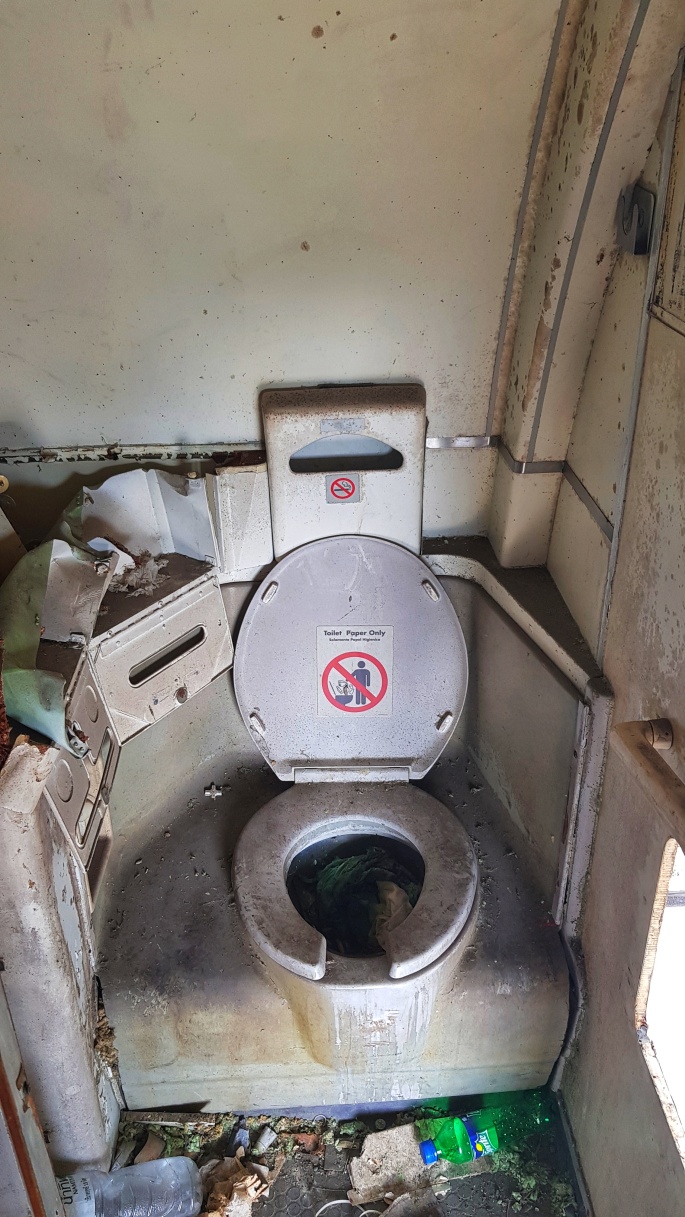 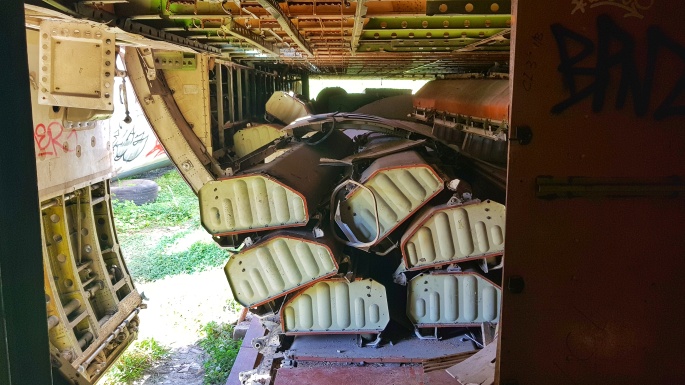 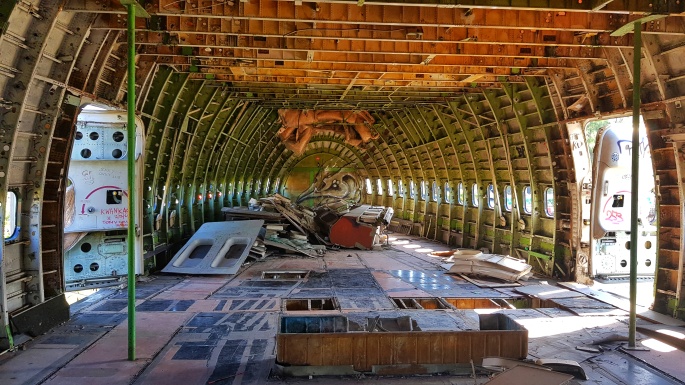 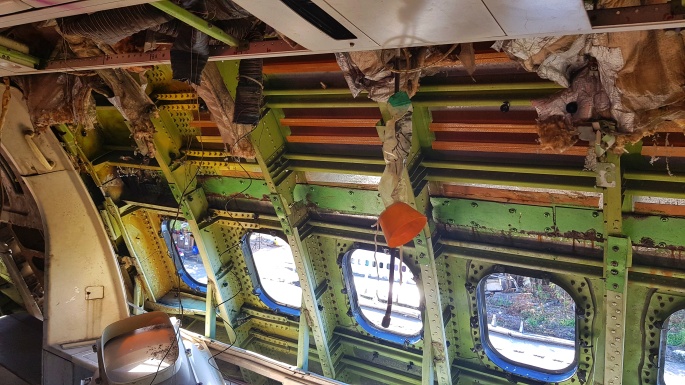 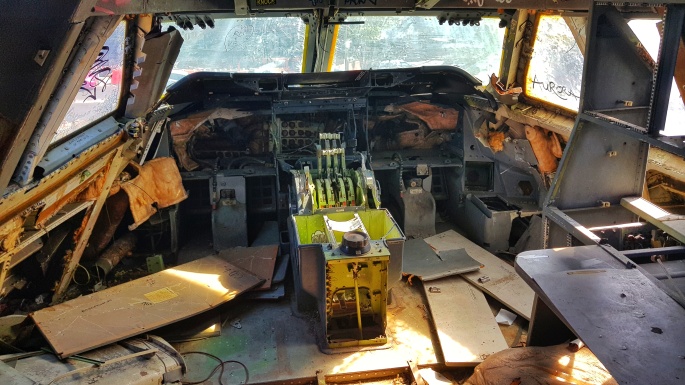 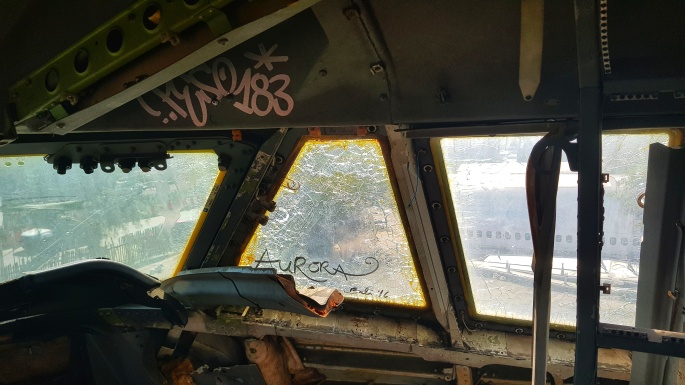 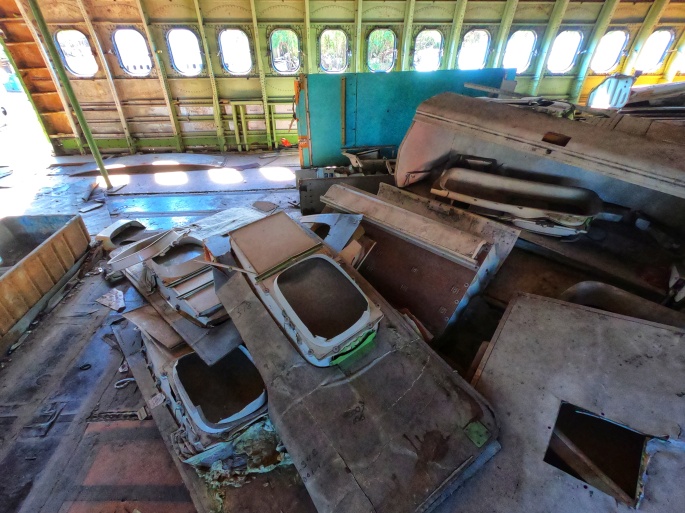 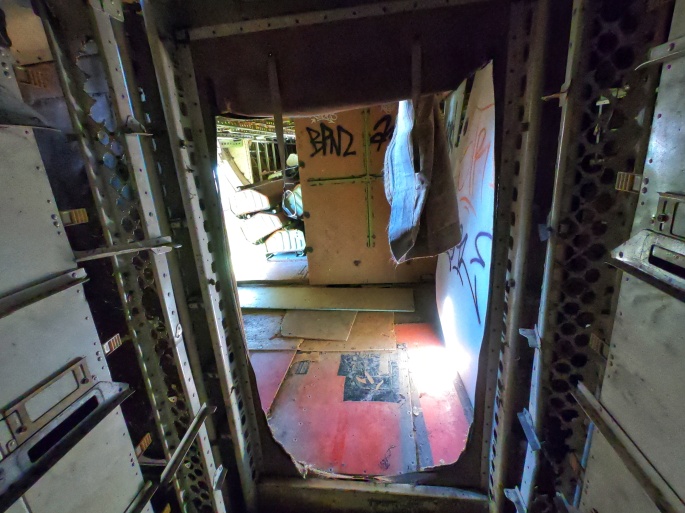 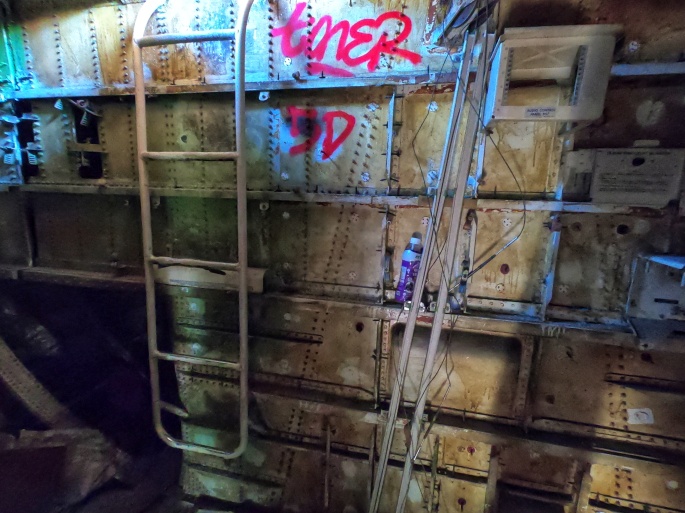 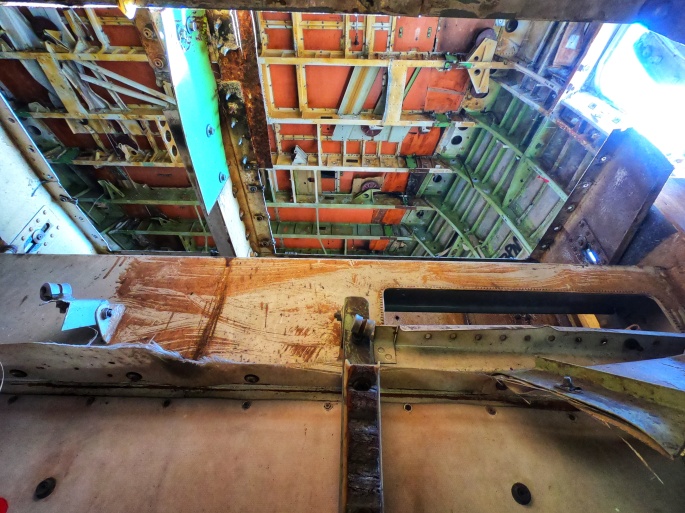 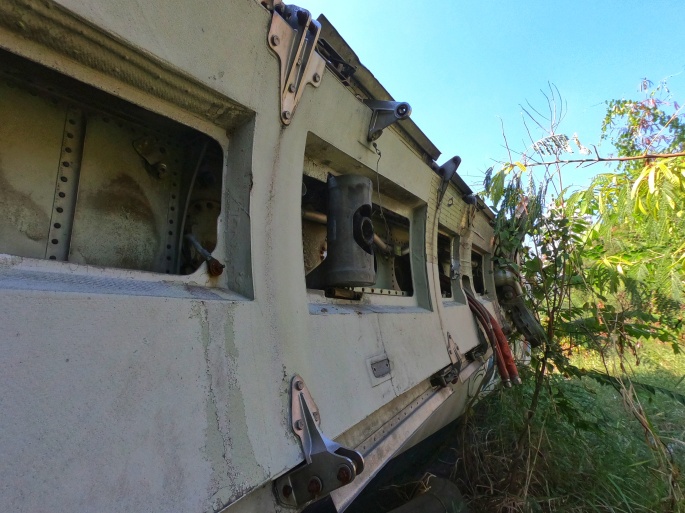 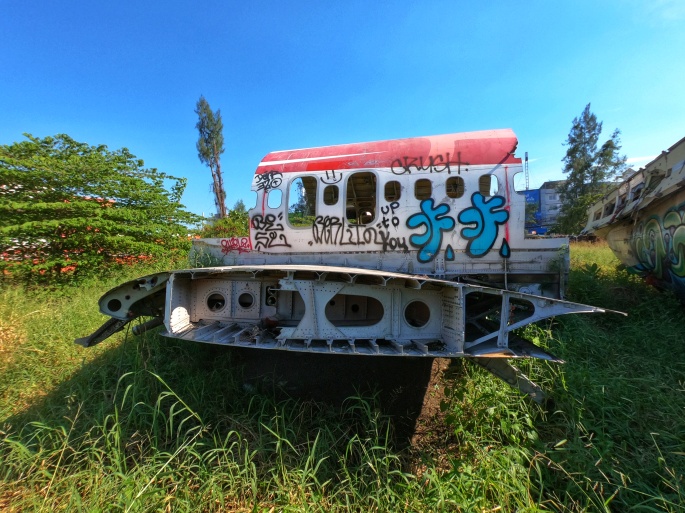 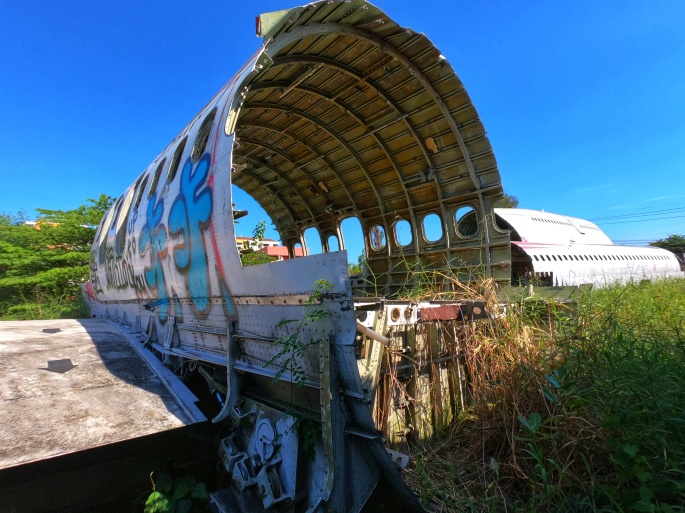 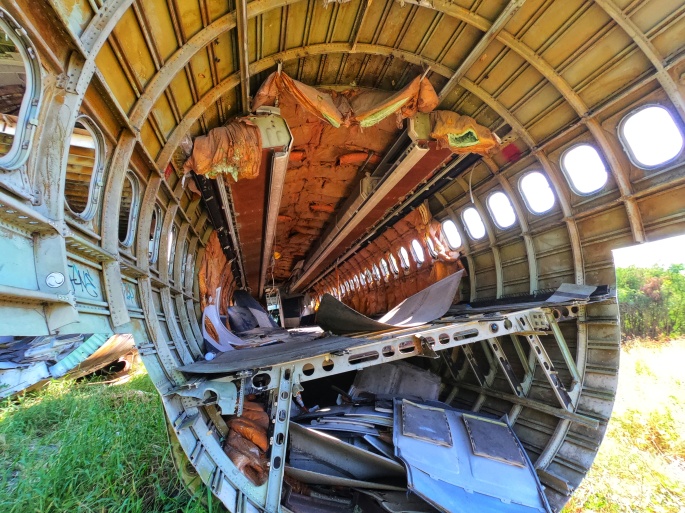 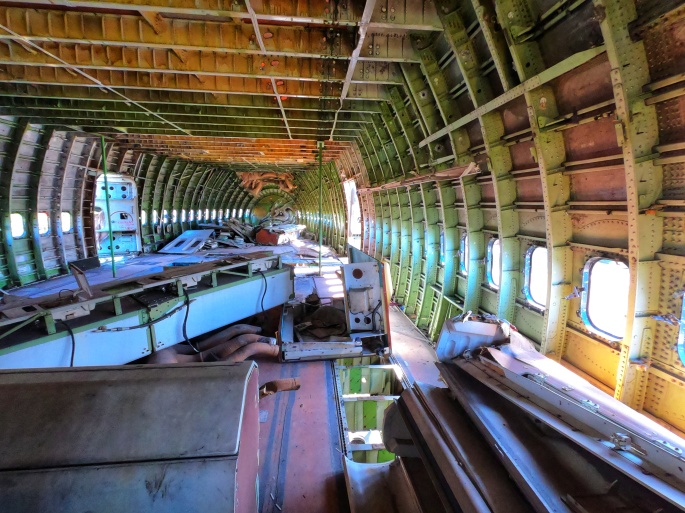 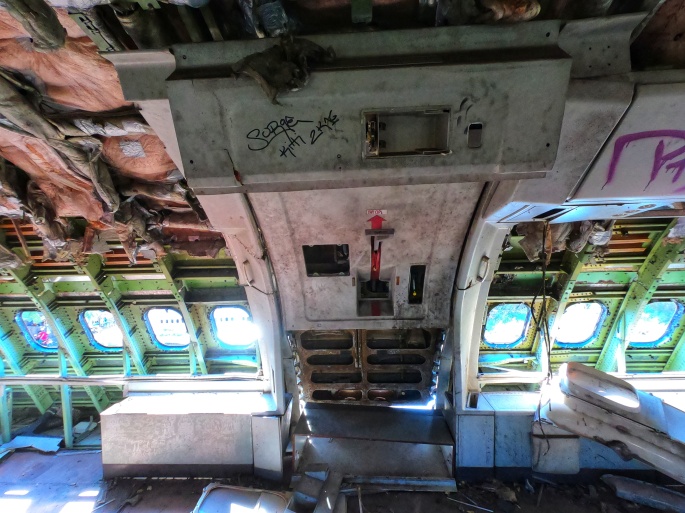